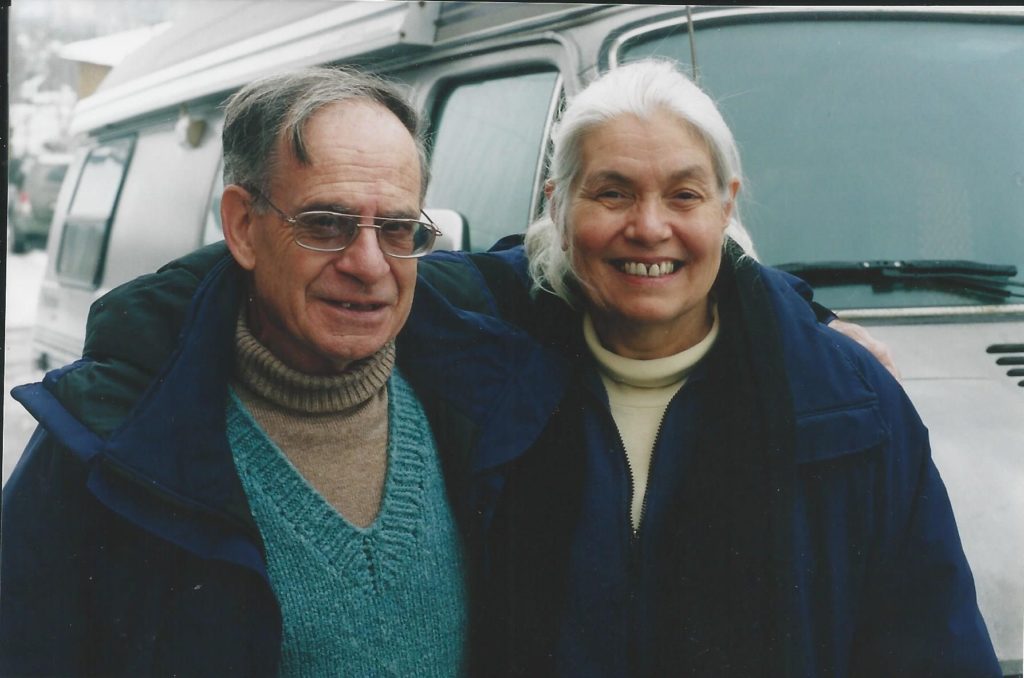 Jane Hughes was born in British Columbia and Pat Dunphy was from England. Jane spent most of her childhood in Mississauga and then lived in the Niagara region from her early 20’s. Both were avid cyclists and living in St. Catharines when they met. Together they became involved in the local cycling community, joined the Freewheelers, and had great dreams for the future of cycling in Niagara.

Jane and Pat were passionate about social issues in the community and the importance of active transportation, particularly cycling, from environmental, social, and economic perspectives. In the mid-90s, Jane became a newly-elected member of Regional Council. In 1995, she became the first chair of the Regional Niagara Bicycling Committee, where she helped develop the Region’s first Bicycle Master Plan and early editions of unique cycling maps for Niagara. She lobbied tirelessly at Regional Council and committees on all things related to cycling including policy development, education, advocacy, and enforcement. Her early advocacy to form a provincial cycling group ultimately led to the formation of the Ontario Share the Road Cycling Coalition. Jane’s biggest dream was for a Niagara Circle Route and she was instrumental in its creation. She championed cycling in Niagara and contributed greatly to the development of the cycling infrastructure that we enjoy here today.

Jane also organized a memorable and adventuresome Freewheelers’ cycling tour in Cuba, and this is where the tradition of bringing bicycle parts and medicine to be left for the locals got started. This practice continues to be part of the Freewheelers tradition today.

Pat was a great promoter of cycling, both recreational and competitive. He applied for and received a federal grant to train unemployed youth who had not graduated from high school with the skills that would lead them to become bicycle mechanics. At the time, this was an unconventional education program, which provided a stipend for the participants. As their mentor, Pat was pleased that some of the graduating participants returned and completed high school. While this program was a great success, it was short lived because of the unavailability of government funding from all levels.

Jane and Pat enjoyed a sense of adventure and passion to explore the country so they bought an RV to travel around North America. In their retirement years, Jane and Pat lived in PEI where they operated a B&B out of a log home they had built. Here they offered activities with an emphasis on cycling, sightseeing, and sea kayaking.

Use this link to embed the Niagara Freewheelers ride schedule into your Google Calendar or Apple Calendar.

Rolling with some hills.

Length of ride in kilometers.